Please call the National Center for Missing & Exploited Children at 1-800-THE-LOST if you have any information that could help identify either of these males. 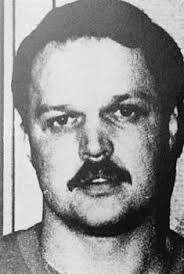 Claim to Infamy: While in prison for the dismemberment and murder of Chicago teenager Danny Bridges, Eyler confessed to 21 other murders.

Indiana Connection: Born in Crawfordsville, Eyler later lived in Lebanon, Fort Wayne, and Terre Haute. Among other jobs he held, he was a Pinkerton guard at Marion County General Hospital and the manager of a public assistance program in Vigo County. Though he never earned a degree, he attended Indiana State University. Eyler hunted his victims and disposed of their mutilated bodies in several places in the state, as well as in Illinois, Ohio, Kentucky and Wisconsin.

Current Status: On March 6, 1994, Larry Eyler died in prison of complications from AIDS.

Random Disturbing Fact: In his confession, Eyler named at least two accomplices. They were never brought to justice.