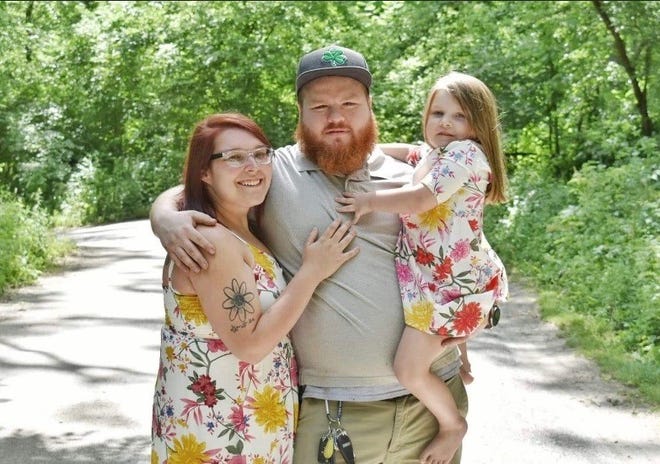 Dusty Lawrence, 30, with his wife and child, who were also present at the shooting.

It wasn’t supposed to happen that way.

On March 28th, Dusty Lawrence, his pregnant wife Betsy, and their daughter, five-year-old Madisyn, left their home in Anderson for a trip to Indianapolis. Dusty intended to meet a potential buyer for some items he’d offered for sale on Facebook Marketplace and took his family along for the ride, hoping to share a pleasant Sunday afternoon drive.

He would never make it home again.

Shortly after they arrived at the 3700 block of Rinehall Drive on Indy’s far East side, Dusty was shot at least once while his family watched helplessly from inside the car. Although he was still alive when police arrived on the scene, the young father later died at a local hospital. Neither Betsy or Madisyn were injured in the attack.